We are committed to enhancing the quality of life of people suffering from kidney disease. Achieving advances in dialysis and providing our patients with the best possible drugs has been our motivation for 20 years and it remains so today. We have continually risen to this challenge over the years and have established ourselves as the technology and market leader. By stepping up our investment in dialysis-related areas in the future, we are also looking to even further build on our medical expertise – for the benefit of our patients.

Fresenius Medical Care has achieved a great deal in its 20-year history. The desire to give patients a future with a better quality of life has been our constant driving force and source of fulfillment. We have accepted this challenge and further developed. This is demonstrated by a number of facts. We have over five times more patients than when we started out, we produce ten times more dialyzers, our sales have increased nearly twelvefold and our net income more than elevenfold. We currently operate around 3,500 dialysis centers in over 45 different countries and treat some 300,000 patients every year – in fact, we perform dialysis somewhere in the world every 0.7 seconds. All this is only possible thanks to the company’s 100,000-plus employees, who demonstrate great courage and energy in driving us forward every day.

Courage and energy were also required in 1996 when Gerd Krick, Fresenius AG’s CEO at the time, had the idea of taking over the far larger U.S. dialysis specialist National Medical Care. Thanks to his technical flair, commercial vision, and strategic skill, he quickly won allies for his plan. Together with Ben Lipps, who was later to become CEO of Fresenius Medical Care, he ultimately achieved his coup. The takeover succeeded and Fresenius Medical Care was born. “We had regular visitors to the company during this period – from bankers to delegations from the U.S. They all wanted to get an idea of what our work involved and how the site operated,” recalls Erwin Franiek, who has been with Fresenius for 36 years and is currently in charge of quality control at the dialyzer production site in St. Wendel.

“In actual fact, we were already the technology leader back then,” continues Franiek. The vital steps had already been taken. In 1983, we introduced the polysulfone filter that is now standard. In the years that followed, we went on to fine-tune the key components of a dialysis system – the blood filter (dialyzer), pump, and balancing chamber. It is vital for these three components to work together in perfect harmony, because the patient’s circulation must remain stable during the comparatively fast withdrawal of blood. In other words, only a certain amount of fluid can be removed from the blood per unit of time – a complex process that requires meticulous control. “The successful parallel development of these key components ultimately secured our position as technology leader,” explains Reiner Spickermann, who has been in charge of development activities for hemodialysis equipment at the Schweinfurt site for the past 20 years.

The successful parallel development of these key components ultimately secured our position as technology leader. 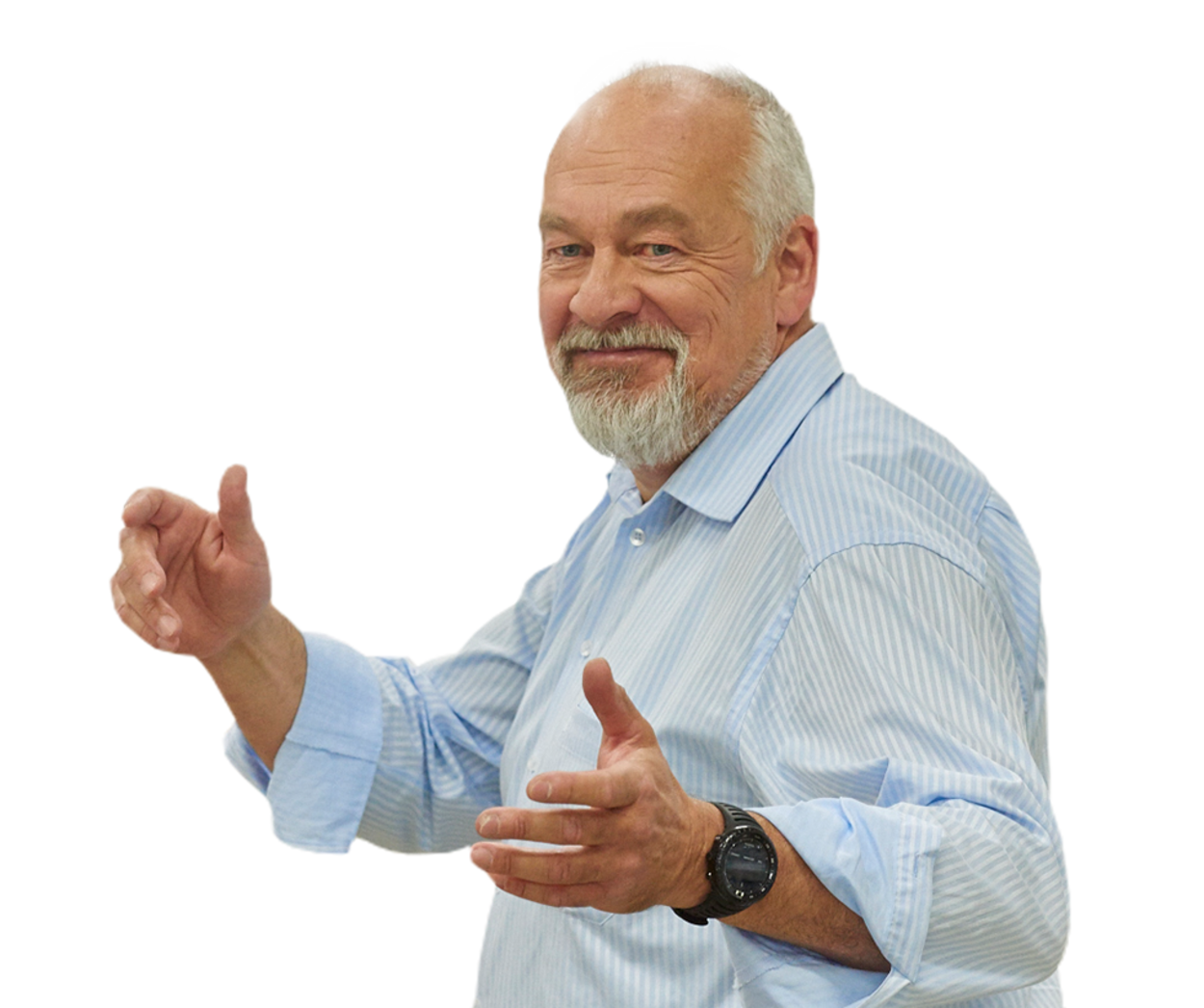 The reward for all this hard work came in 1992 with the market launch of the 4008 family. “We all felt an incredible sense of euphoria when we unveiled the system at ERA-EDTA, the annual European Renal Association – European Dialysis and Transplant Association conference in Paris,” says Spickermann. The response was overwhelming. Spickermann goes on to explain how, boosted by this success, the company continued to build on its technology leadership for both the dialyzers – the heart of the system – and the actual dialysis machine in the years that followed. Another milestone included the market launch of the 5008 therapy system in 2005. This delivered significant benefits for patients and increased the survival rate by 35 percent.

The continuous improvements to the dialysis equipment ultimately paved the way for market leadership. By 1999, 100,000 dialysis machines had already rolled off the production line in Schweinfurt. Just four years later, we were treating well over 100,000 patients a year and annual production had grown to over 50 million dialyzers. Dialyzer production passed the 500 million mark in 2007 and the 1,000,000,000 mark six years later.

Our defining feature is continuity. This is apparent in the company’s growth and the ongoing improvements to the actual machine. Yes, these are often small successes, but every little step gives patients a better quality of life and a longer life expectancy. “There’s no better motivation in my eyes,” stresses Spickermann. “The big challenge is reproducing the complexities of renal function as effectively as possible,” he adds. The design of the dialysis machine is correspondingly complex. It consists of around 8,000 components, some of which are made from highly specialized materials and have special properties. For example, they need to be biocompatible. In other words, the components must not pass on any impurities to the blood. They also need to withstand high temperatures, acids, and alkalis. The valves are another key component and must work with absolute precision and reliability over their lengthy operating period of around 5,000 hours per year with an average service life of ten to twelve years. “It’s also important that the individual components operate in perfect harmony like the wheels of a clock so that the blood parameters, such as temperature and pH value, and the patient’s circulation remain stable,” underlines Spickermann. He explains that the blood’s composition must not be changed too rapidly and any clotting must be prevented. “Our mastery of this complex challenge makes us stand out from the crowd,” says Spickermann.

This competent handling of complexity is just one aspect of our work, though. Patient safety and top quality are an absolute must, too. “We can’t afford to compromise on patient health and safety,” stresses Franiek who, together with his team, ensures the consistently high quality of materials and processes. “That’s why we’re continuously improving the compatibility of products and automating numerous control processes in production to minimize errors as effectively as possible,” he adds. Given the importance of quality, vertical integration has always been a feature of our company. We handle the entire value-added chain – from production of the membrane and the entire machine to software development, all dialysis-related services, and accompanying treatments. Vertical integration has a further benefit – it concentrates all the relevant know-how in-house. What’s more, our developers obtain valuable information and tips in their day-to-day dealings with patients and experts. This helps us to improve the products and services for our patients on an ongoing basis, and to make processes simpler, safer for patients, and more efficient.

The key impetus for improvements comes from doctors and patients. In the future, we are therefore keen to learn even more from them. With this in mind, we started moving into the hospital and service sectors in the 1990s and have been gradually expanding these activities ever since. Examples include the acquisition of the Renal Care Group, Inc. in 2005, a majority shareholding of 51 percent in the Taiwanese dialysis service provider Jiate Excelsior Ltd. in 2007, and the acquisition of Asia Renal Care Ltd. in 2010, Euromedic in 2011, and Liberty Dialysis Holdings, Inc. in America the following year.

We need to look at patients’ overall situation and grasp every opportunity to improve their quality of life. 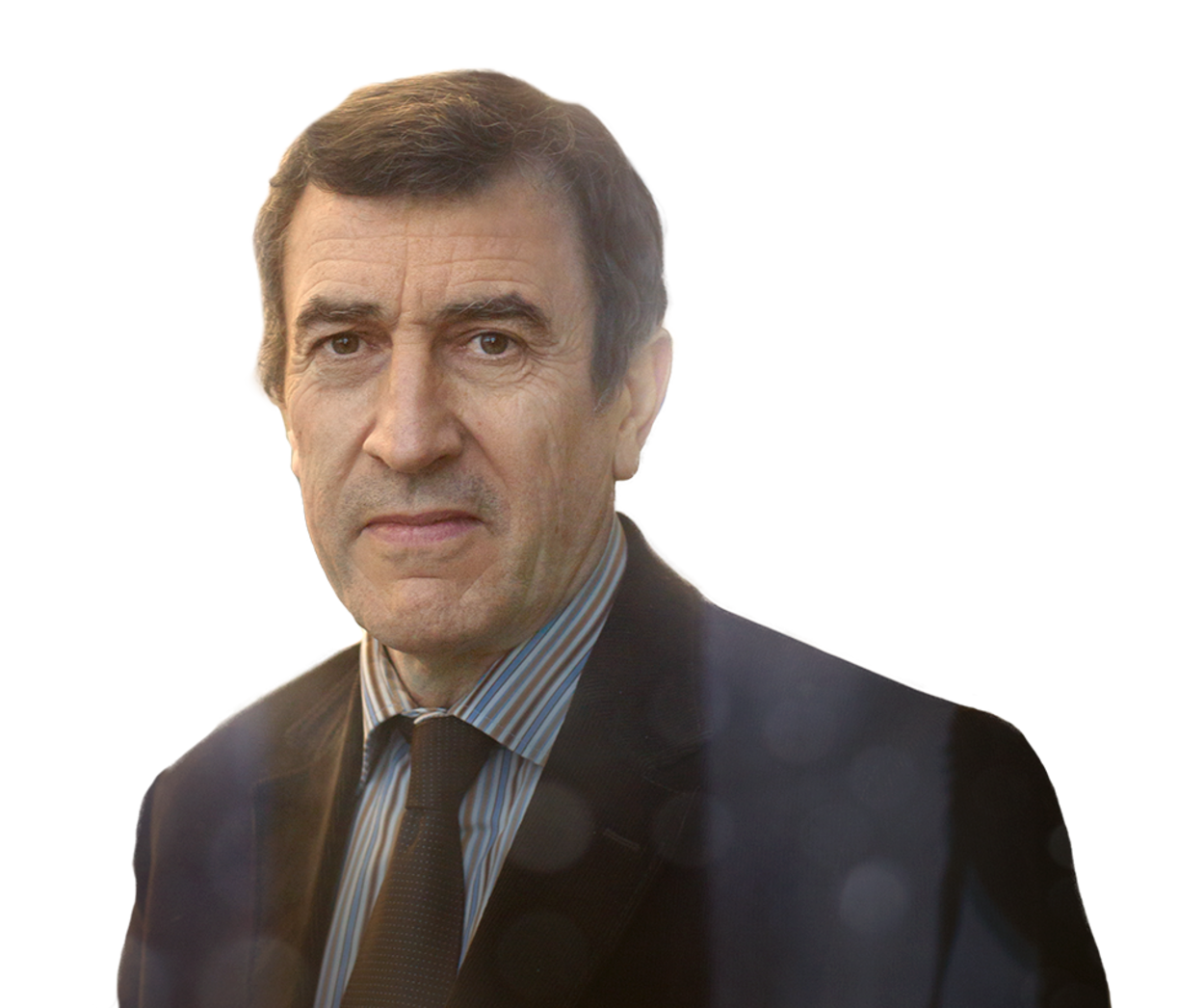 “Despite all our efforts and constant improvements, even we have certain limits,” says Chief Medical Officer for the region Europe, Middle East and Africa, Professor Bernard Canaud. “Dialysis prevents the certain death of people with kidney disease and huge progress has been made over the past 50 years, but it’s a Herculean task to precisely reproduce the way the kidney works. It’s not the effectiveness of the method that restricts us, but the time limits of dialysis,” he explains. Human kidneys work round the clock and purify 1,500 liters of blood each day, which corresponds to around 546,000 liters per year and some 11 million liters over a period of 20 years. This is equivalent to the huge volume of water that a wastewater treatment plant for a population of 35,000 purifies in 24 hours. A dialysis machine, in contrast to the kidneys, transports and purifies just 120 liters of blood in three four-hour sessions each week. In view of this and the fact that the number of kidney patients will continue to rise in our aging society, Professor Canaud is calling for other approaches to treatment to be considered in addition to dialysis. “We need to look at patients’ overall situation and grasp every opportunity to improve their quality of life,” he says, adding that this also includes early detection and prevention of factors and symptoms that lead to kidney disease.

The key to this lies in the best possible patient care and in understanding detailed medical relationships. In the future, we are therefore keen to further strengthen our medical expertise and step up our investment in medical services related to dialysis. In this field, which is known as Care Coordination, we have already achieved an eleven percent share of sales in our largest market, the United States, a figure that is on the increase. Our CEO Rice Powell presented these figures at the Annual General Meeting in May this year. He links the expansion of care management with important strategic goals when he says: “Our expertise in dialysis and the areas of business involved in Care Coordination enables us to actively shape changes in the health care market.” This offers us the opportunity to focus on holistic patient treatment and, by doing so, to lay the foundation for our further growth.

We’re all about continuity – our latest innovations 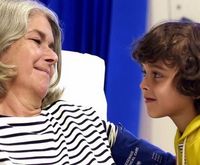 20 years creating a future worth living

See the video in full length.