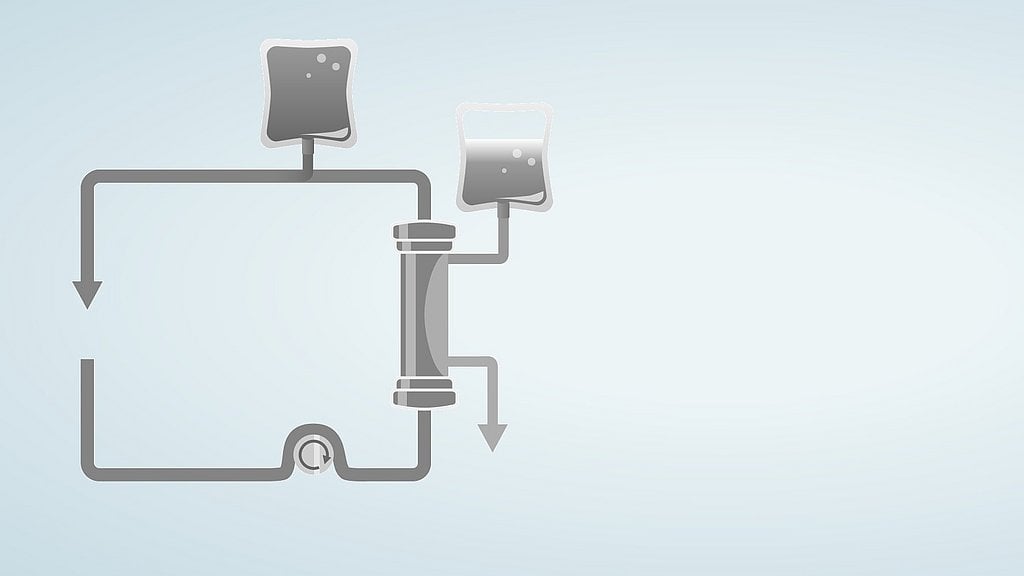 CRRT at a glance

When Ci-Ca® and EMiC®2 are combined the patient benefits from an established Ci-Ca CVVHD protocol as well as an increased middle-molecule clearance. For more details see:

CVVH is a convection based therapy. Blood is pumped through the blood compartment of the filter and a significant filtrate flow is produced by action of the filtrate pump. This filtrate flow requires compensation by infusion of a substitution fluid to the blood flow pre- or post-filter. This way, high filtrate flows can be generated which enhances solute removal.

CVVHDF combines the use of both, diffusion and convection therapies. Blood is pumped through the blood compartment of the filter and dialysate flows counter-currently. The counter-current flow optimizes the diffusion gradient and, thus, the resulting diffusive clearances. In addition, a substitution fluid is infused into the blood flow either pre- or post-filter. This is paralleled by filtration of plasma water across the membrane resulting in convective clearance. 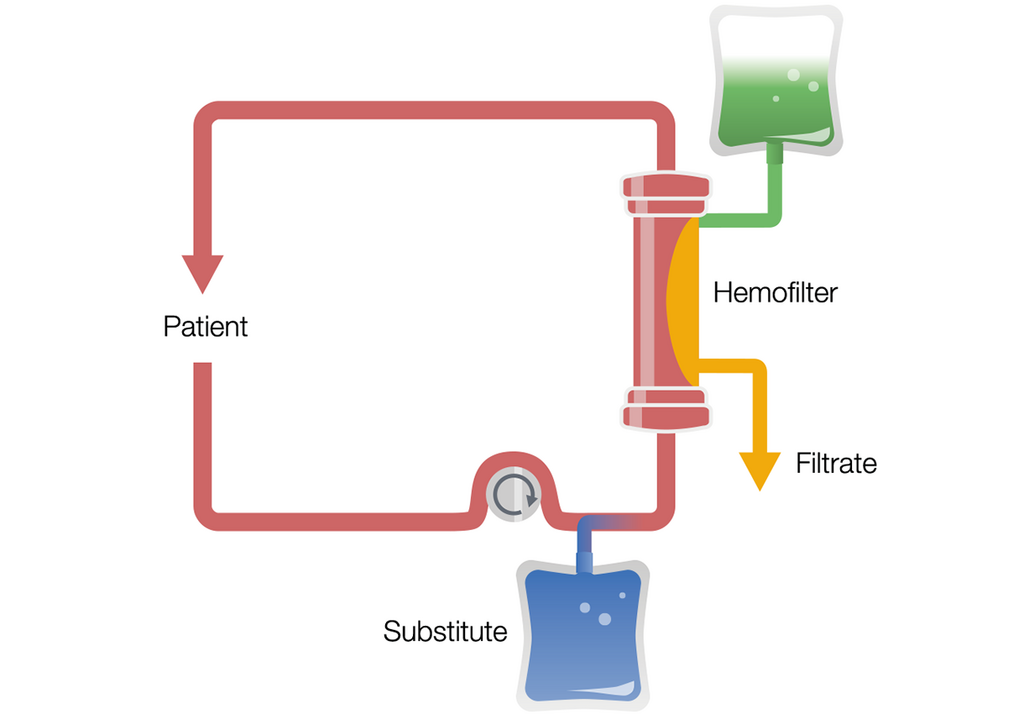 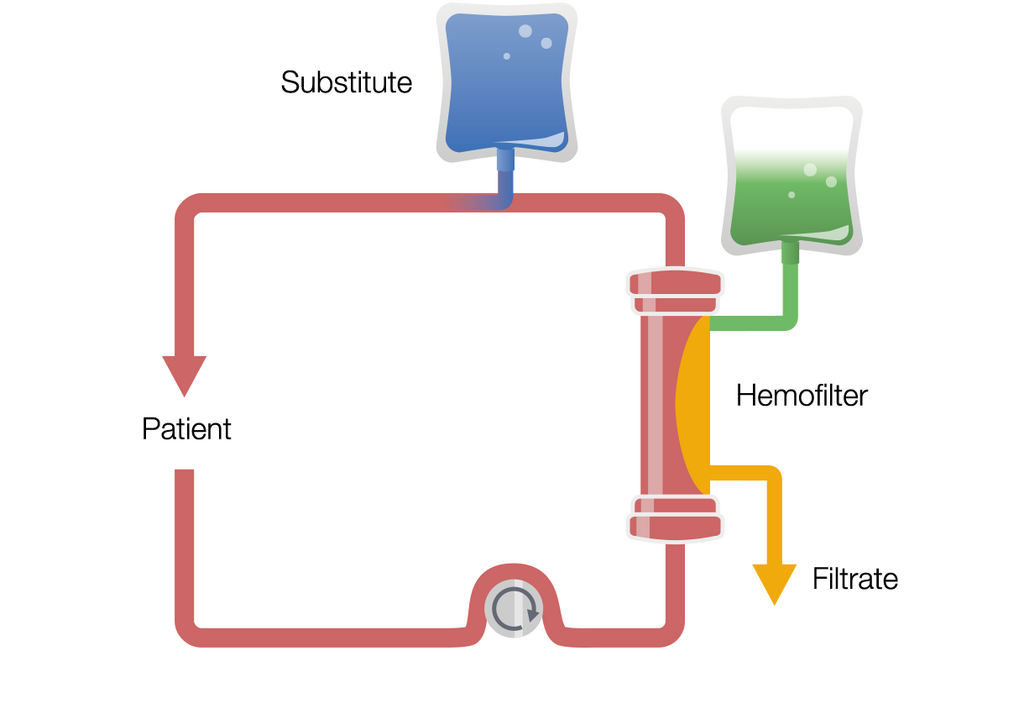 In addition to CRRT and iHD, hybrid therapies are also used in some centers.

These hybrid therapies are characterized by:

From point of both efficacy and patient tolerability, these therapy forms can be considered as in-between CRRT and iHD.

The advantages of CRRT and iHD

Multiple large studies from different continents have demonstrated better renal recovery when CRRT was used.1,2,3 Summarizing the results of these and many further studies, Schneider et al. concluded in a meta-analysis, that patients starting treatment of AKI with an intermittent RRT modality “had a 1.7 times increased risk of remaining dialysis dependent as compared with those who initially received CRRT”.4

More recently, Wald et al. published the results of the so far largest study comparing outcome after use of CRRT and iHD.5  This study clearly shows that starting the treatment of AKI with CRRT is associated with significantly better recovery of renal function and a lower incidence of chronic dialysis dependence.

As costs of subsequently needed chronic dialysis have a huge economic impact, Bellomo and Schneider conclude in an accompanying editorial: “The economic case for using conventional IHD [iHD instead of CRRT] collapses as the real cost of IHD is revealed by the study by Wald et al”.6

In addition to pure economic evaluations, avoiding chronic dialysis after an AKI episode is an important medical and ethical goal given the high burden for the patient associated with chronic dialysis, further supporting the choice of CRRT as initial treatment modality in AKI. 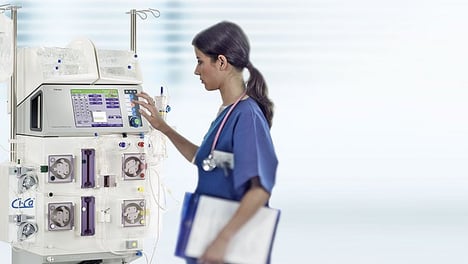 Your choice for optimal therapy. 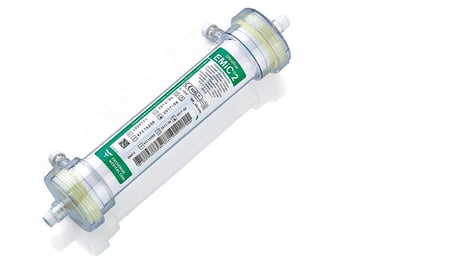