A superhero wins over Asia-Pacific

The Kidney Kid shows schoolchildren what superpowers the kidneys have – and how they can protect these valuable organs: Before Jia-Hong Wu can go and chase after his classmates, he has to stand still for a moment and wait for his turn to have his blue cape tied with a bow by Irene Feng. Then the nine-year-old can run off, straighten his red mask and join the other students of Qiao-De Elementary School in Fangliao Township in Pingtung County in the south of Taiwan, who are being treated with an extra-special lesson today. For an hour and a half, they will all be transformed into The Kidney Kid, the hero with the super kidneys.

The idea for the character came from Dr. Alexandra Villar, Senior Director Marketing & Communications in Asia-Pacific, to reach children all over Asia and inform them about their kidney health, regardless of their cultural or social background. The entire campaign has become a matter close to the heart and was driven and realized within Fresenius Medical Care – with great success.

“This event is a real breakthrough in terms of prevention among Taiwanese children,” says Irene Feng, Managing Director of Provider Business at Fresenius Medical Care in Taiwan. She explains that prevention and education are particularly important in Taiwan, as chronic kidney failure is more common there than anywhere else in the world. One of the reasons is people’s lifestyle. “40 percent of Taiwanese drink too little water, 60 percent prefer sweet carbonated beverages, and half don’t do any sports,” says Irene Feng, citing a result of a recent online survey. That is why she believes it is particularly important to take action here.

Everyone is immediately enthusiastic

Fresenius Medical Care employees have been active in Taiwan since 2017 and have visited eight schools in total with The Kidney Kid. Half of Fresenius Medical Care’s staff in Taiwan have already taken part in the events voluntarily. Irene Feng has been to four schools and wants to keep on doing her bit to help. “This campaign is not only aimed at raising awareness of healthy lifestyles. The project intends to inspire students in rural areas to discover the different possibilities outside their own environment. This makes me feel like I am doing something good and valuable for society,” she says.

Between 20 and 40 Fresenius Medical Care employees set out early in the morning, as most of the schools they visit are in remote regions of Taiwan. Once they arrive, they carefully prepare for the event. Every child receives a cape, a mask, stickers, an adventure book and information material, as well as fresh fruit and a bottle of mineral water. Tying the bow on the children’s capes is a first symbolic act to establish a bond between Fresenius Medical Care’s staff and the schoolchildren. Next, the volunteers navigate through the activities with the children. The boys and girls are instantly captivated, as superheroes are hugely popular role models throughout Asia.

With mask and cape: Girls and boys are fascinated by The Kidney Kid

We live in a rural area, and knowledge about kidney care is not really common here.

The Kidney Kid-concept that Fresenius Medical Care has developed for the entire Asia-Pacific region goes down especially well in Taiwan. Eminent nephrologists and pediatricians spoke at the opening press conference and are enthusiastic about the campaign. It was also covered by almost all of Taiwan’s main media outlets. Fresenius Medical Care employees in Asia were immediately enthusiastic. “We all thought it was a great idea for Taiwan!” Irene Feng recalls. The schools are also excited about the project. Teacher Hsu Cui-Ping, for example, praises the concept, saying “Children at our school are kinetic learners, the props you brought have great visual effects, and the activities were kinetic.”

The edutainment concept not only works in schools. The children take The Kidney Kid’s messages home with them afterwards. “We live in a rural area, and knowledge about kidney care is not really common here,” explains Jia-Hong Wu’s mother Su-Ling Yen. “He can bring knowledge home, and his grandparents benefit, too. This is really great.” Like many of his fellow students, Jia-Hong Wu is totally impressed by The Kidney Kid. At the end of this unusual lesson, the children could leave messages for the superhero on little cards. “I feel so happy, and had lots of fun. Thank you so much, Kidney Kid,” wrote Jia-Hong Wu. The volunteers from Fresenius Medical Care have received many such messages – which is why they feel highly motivated to take The Kidney Kid to Taiwan’s schools again in 2019.

All of Asia-Pacific loves the Kidney Kid

“I have two super-strong kidneys, and they make me a superhero!” – that’s how The Kidney Kid introduces himself in nearly all states in the Asia-Pacific region. Launched by Fresenius Medical Care to coincide with World Kidney Day 2017, the campaign has been a huge success: from Pakistan to Australia, from Indonesia to China. By the end of 2018, it had reached around 10,000 children directly. Many more have heard about the new superstar and his messages through extensive media coverage and from the children themselves. 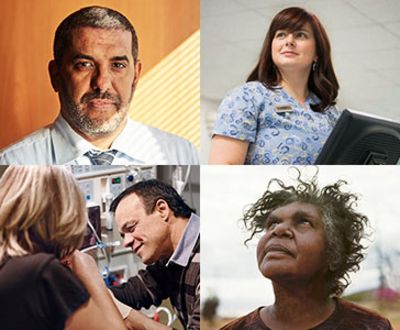