A perfect fit for every team 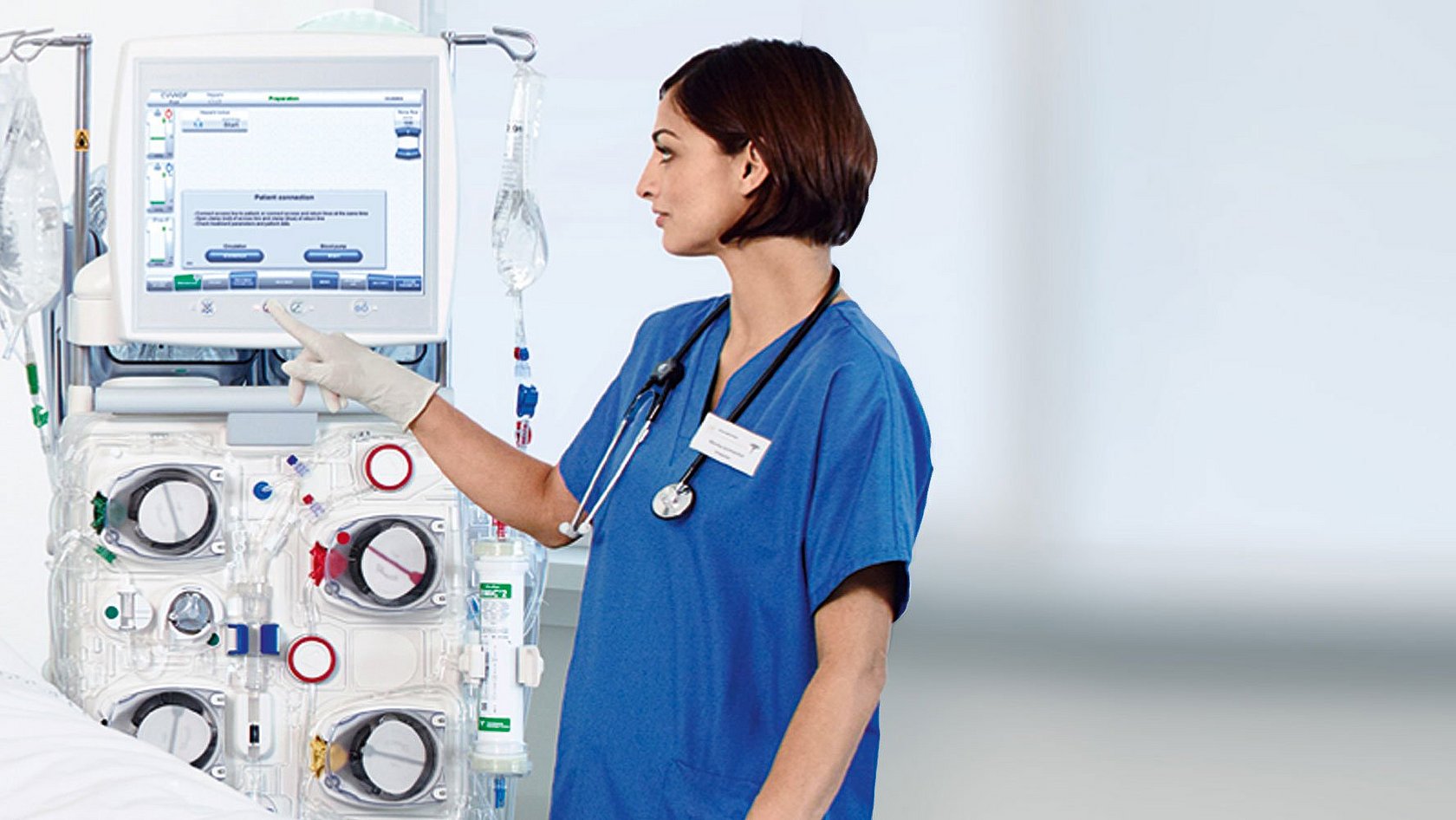 Key features at a glance

Statement on the Ci-Ca® protocol:

[It] enabled an effective treatment of acute renal failure and excellent control on the acid–base status as well on the systemic ionised calcium in combination with negligible clotting issues.2

Coupling of all active pumps through a single user interface:

Ci-Ca protocol included in the software

Supports the user with expert information and features

For routine adjustments of the Ci-Ca therapy, information from the protocol can easily be retrieved on the screen

In case of certain values set outside the standard range, the multiFiltratePRO makes the user aware of potentially risky clinical situations 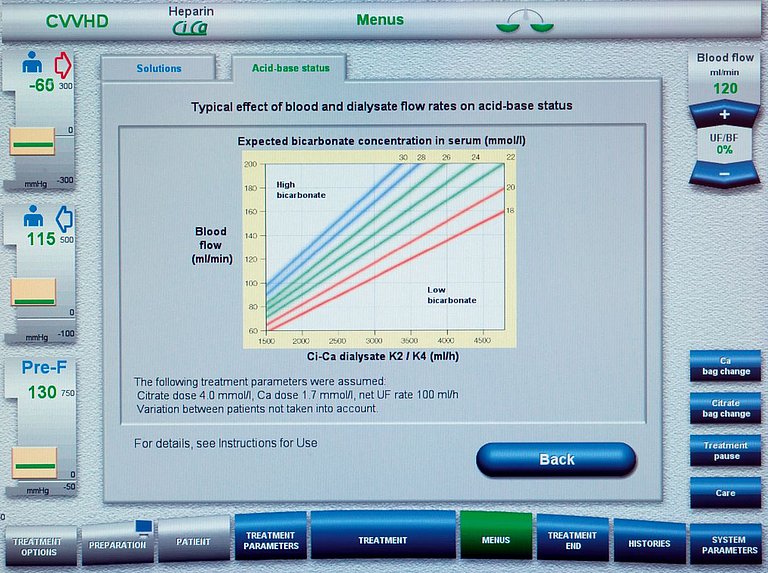 Dedicated pumps for citrate and calcium keep the syringe pump available for heparin application if needed during Ci-Ca therapy. Separate level detectors and drip counters enable timely detection of empty bags, preventing air being transported downstream and enabling a smooth continuation of the treatment. During bag changes (dialysate, substituate, filtrate) the citrate infusion continues for a reliable period of time. This helps to avoid early coagulation of the system 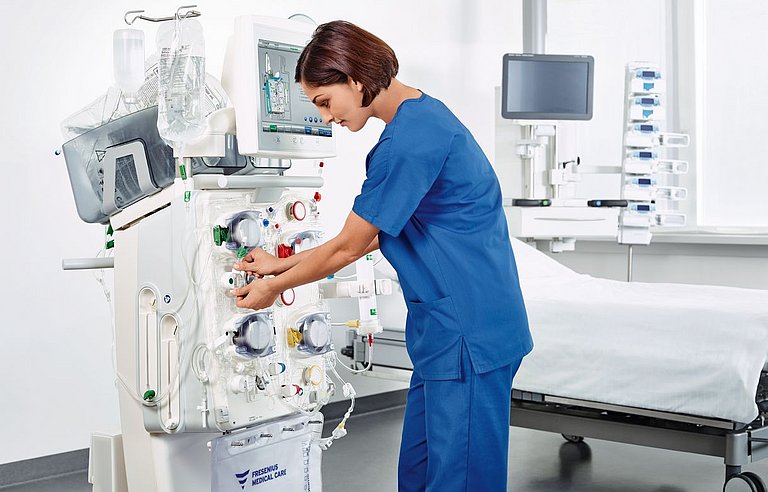 As described by Reeves et al., “the therapeutic effects of TPE could include the removal of pathological substances from the blood, such as monoclonal paraproteins and autoantibodies, as well as the replacement of deficient plasma components when plasma is used as a replacement fluid.”5

In contrast to separation via centrifugation, multiFiltratePRO separates the plasma from the blood cells via membrane plasma separation (MPS).

multiFiltratePRO TPE – Benefits at a glance

Integrated automated plasma volume calculation
The patient’s plasma volume and the respective plasma exchange volume can be calculated by the plasma calculator of the multiFiltratePRO, according to Sprenger et al.6 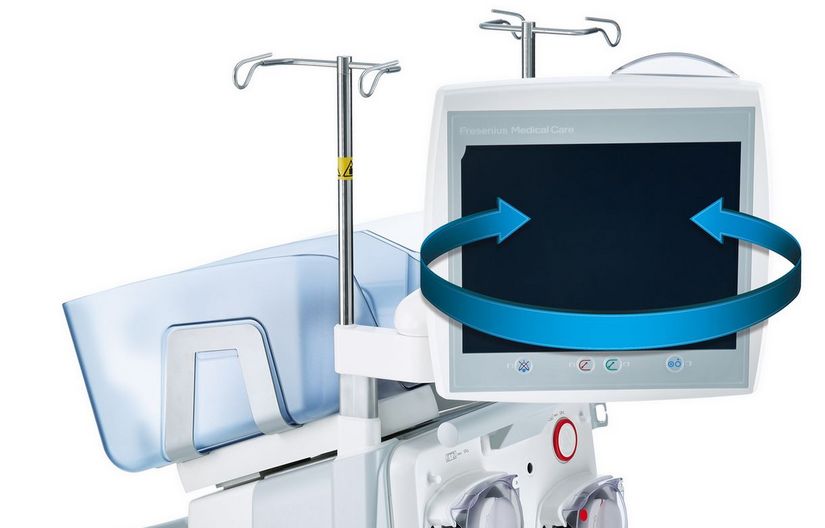 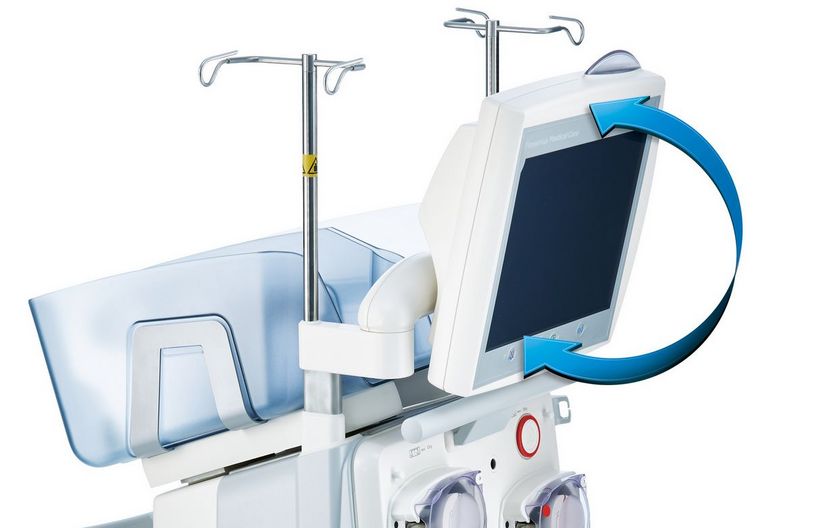 The easy-to-read touch screen monitor allows recognition of key information even from a distance. Rotation around the horizontal and vertical axes enables adjustment for different-sized users and to different relative positions of the device and user.

The multiFiltratePRO includes a graphic user interface that monitors and displays all relevant set-up and treatment data. The integrated alarm system helps to quickly determine the urgency as well as the root cause of alarms.

The time until the next expected user action is displayed in the status bar at the top right of the screen. In addition, a list of further upcoming user interactions can be retrieved on the screen. Both help to optimize work processes in the ICU.

The “Care Button” switches the multiFiltratePRO into care-mode, by decreasing the blood flow, stopping the balancing system and extending the pressure limits. This will prevent unnecessary alarms when moving the patient or manipulating the catheter. 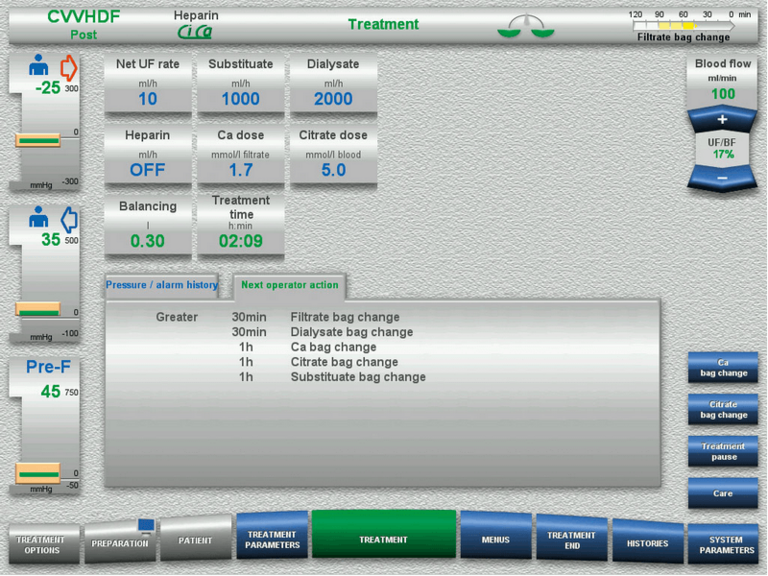 multiFiltratePRO blood pump: Fitting the pump positioners automatically triggers the insertion of the pump segment. The corresponding pressure domes open and guide the correct installation of the tubing. Multiple automated tests accompany the set-up process, keeping the user on the right track. As a result, the number of handling steps is reduced.

multiFiltratePRO with large-scale capacity: The scales for fresh CRRT fluid and for filtrate can hold up to 20 L fluid each, resulting in long time intervals between bag changes. For these scales, one bag change is typically sufficient per 8h nursing shift. 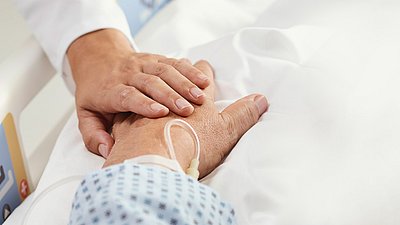 A different dimension of CRRT treatment. 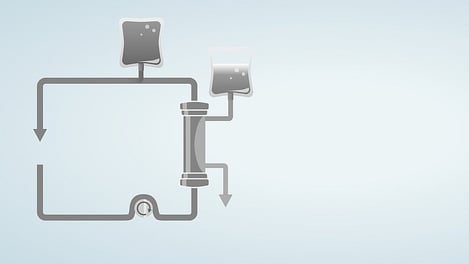